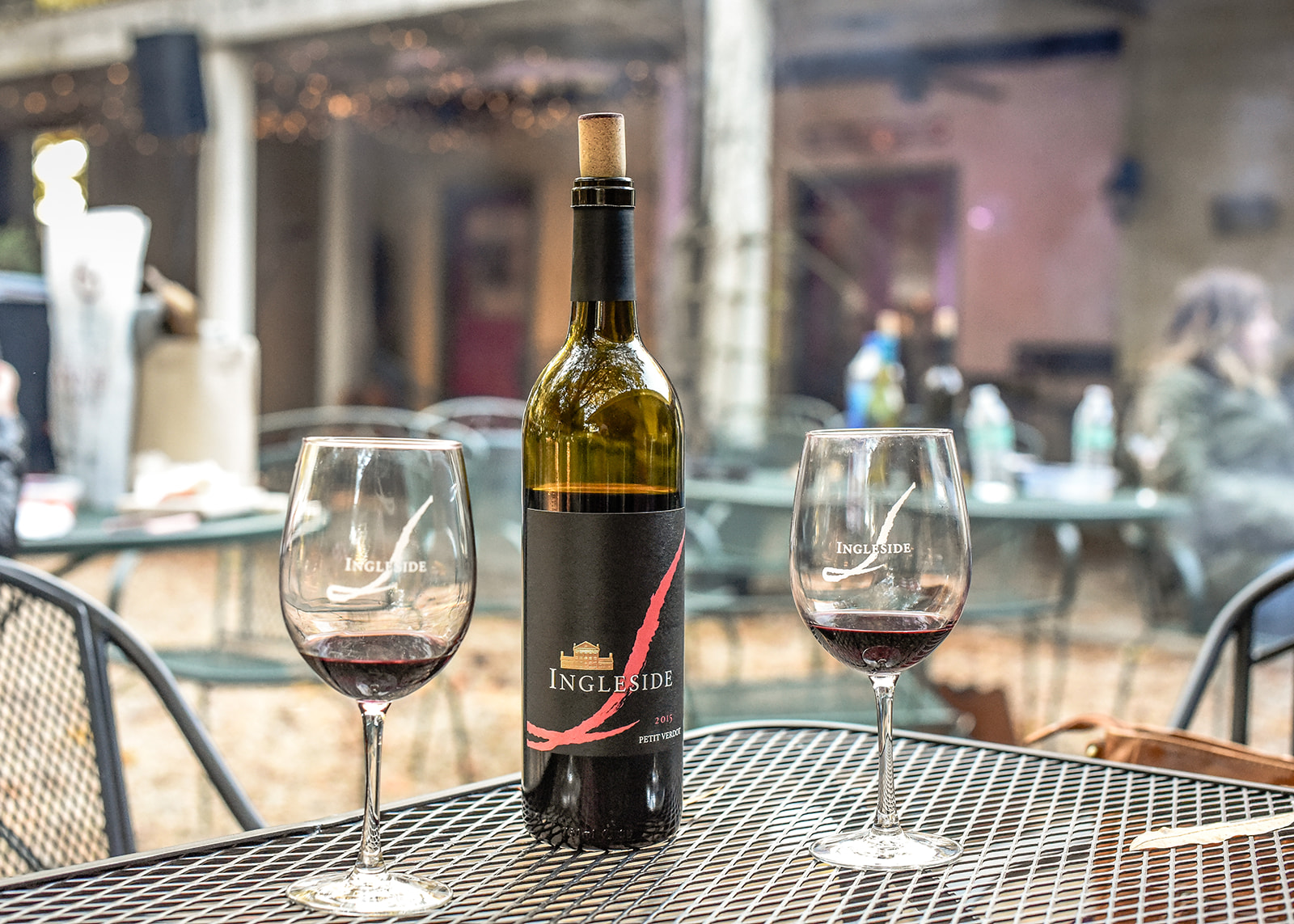 Before we get to the wines, it would do a disservice to the vineyard and owner Doug Flemer to not talk about the history of Ingleside Vineyards first. It is, after all, one of the oldest wineries in Virginia. An entire history lesson could be taught just on the past lives of this unique and historical location.

Built in 1834, Ingleside was initially a boys’ school known as Washington Academy. It was used as a garrison for Union troops during the Civil War, and later served as a courthouse. The Flemer family has operated the historic estate since purchasing the property in 1890. For the next fifty years, Ingleside served as a functioning dairy farm. Under the guidance of Carl Flemer Jr, the estate slowly developed into Ingleside Nurseries starting in 1940. Thanks to an eye-opening trip to Europe’s wine region after graduation, he had a lightbulb moment of inspiration after learning that their property had ideal conditions for growing high-quality wine grapes. After 40 years of perfecting their crop, Ingleside had its first official commercial harvest in 1980, producing 1,500 cases of wine. They are now under 40+ acres of vine, growing varietals that are both traditional (Cabernet Sauvignon, Chardonnay, Petit Verdot, Merlot, Cabernet Franc, Pinot Grigio) and unique (Albarino, Sangiovese, experimental varietals), and producing 18 different types of wine. Years of ownership and operation passed, and Ingleside eventually received the designation of being a Virginia Century Farm, honoring 100 consecutive years of farm operation. Of course, these days they’re closing in on 150 years!

Their unique grape varietals and decades of award-winning production cannot be contained in just one area, which is why Ingleside Vineyards is split into four different sections: Roxbury (home of Ingleside proprietor Doug Flemer as well as Merlot and Viognier vines), Walnut Hill (part of the original land purchased by the Flemer family in the 1880’s and home to Chardonnay, Merlot, Petit Verdot, Pinot Grigio, and Sangiovese vines), Chesapeake (home to many unique and experimental varieties thanks to the medium textured soils that make for fertile ground for experimentation), and the Founder’s Vineyard (aptly named, with some of the vines in this vineyard having been planted in the 1970’s by Carl Flemer Jr, making them the oldest in Virginia).

Ingleside has enjoyed decades of success, winning awards across the country such as the London International Wine & Spirit Competition, Virginia Governor’s Cup Competition, and the San Diego International Wine Competition. With their European-style courtyard and unpretentious atmosphere, it’s no surprise that they have also won local awards such as “Best Tasting Room” (Savor Virginia Magazine), and  “#1 Winery in Eastern Virginia” (Virginia Living Magazine).

Stop by for a glass of their many interesting wines and be sure to say hi to Doug and his wife (and gift shop manager) Nancy while you’re there!